Taking your daily commute to work, paper cup of scalding coffee in one hand and the other hand gripping the rail, you gently rock to and fro as the rail car shuttles along its pre-ordained route. From experience you know that you need to be especially careful not to scald yourself when you enter and depart a station as the rail car smoothly de-accelerates and accelerates, respectively. These events are mercifully predictable but despite your status as a veteran commuter the jerks[1] between stations remain mercilessly unpredictable.

I've been working on a case study that involved modeling the acceleration and jerk of an object in motion where the parameters not only included a net force thrusting the object in a horizontal direction (so I conveniently overlook forces caused by aerodynamic drag, contact friction, etc.) and the mass of the object but also a spring and damper buffer between the object and the source of thrust. Intuitively, it is expected that acceleration and jerk are significantly influenced by the profile of the applied net force applied and the mass that the thrust is moving but what was unknown was how influential the spring-damper buffer is to overal acceleration and jerk.

To constrain the model I took a standard spring-damper model and applied it in the longitudinal direction (rail-speak for same direction as the rails) which makes it a 1-Dimensional study. 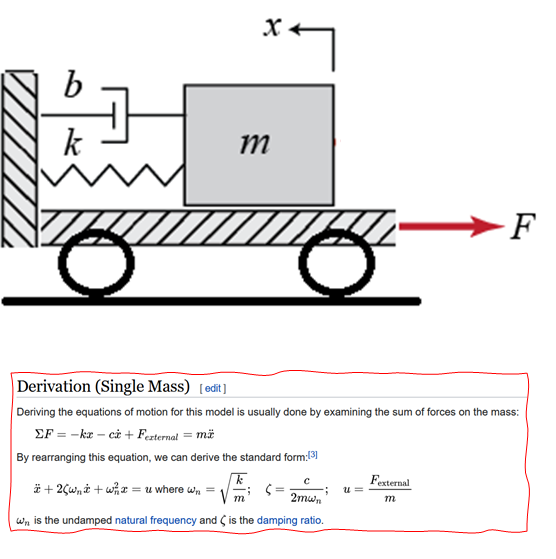 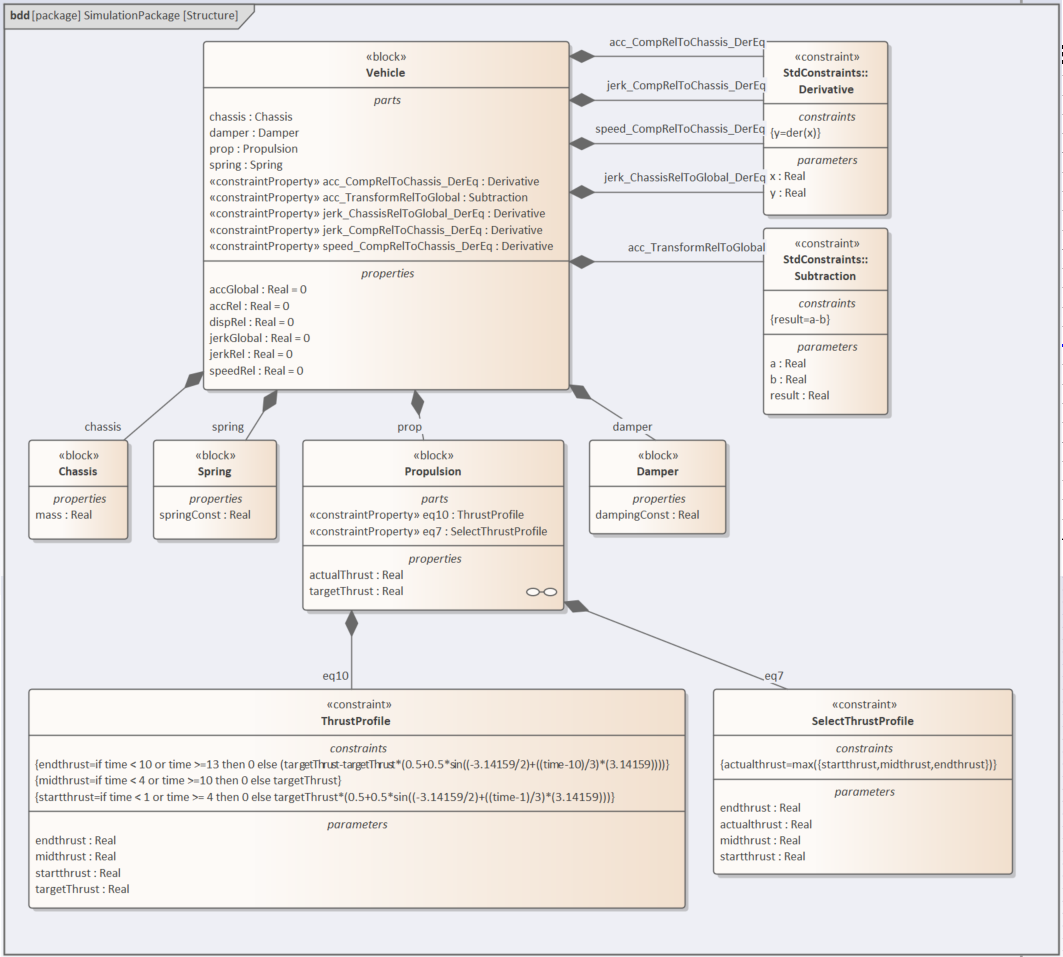 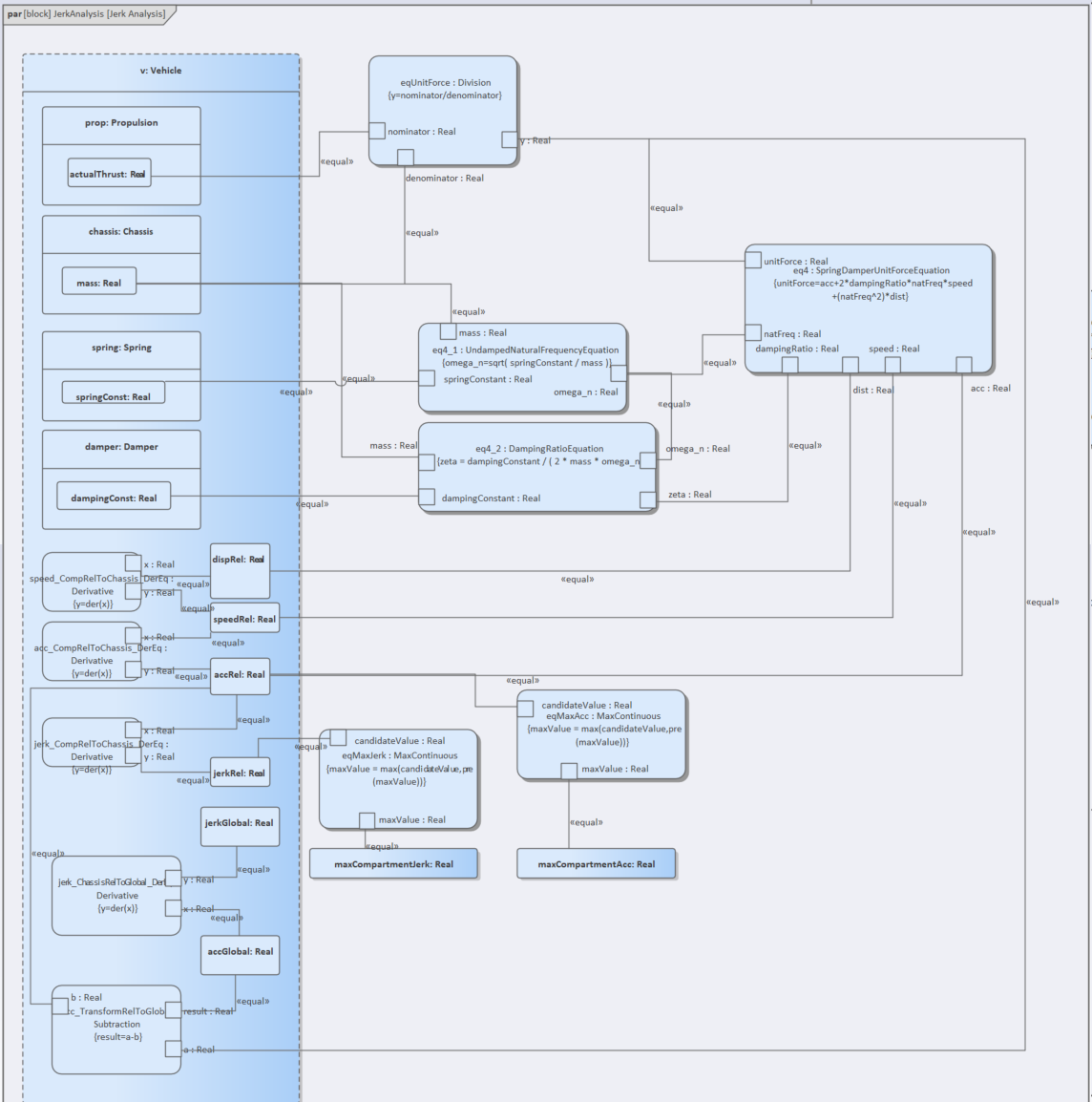 I compared three instances: first as a baseline, second with a low damping constant, and the last with a low spring constant. According to the model the damper and spring buffer has a negligible influence on the global acceleration but has a marked difference to the jerk profile. Furthermore, the analysis results suggest that the low damping constant instance provides a more comfortable trip, perhaps saving you from that cup of scalding coffee.

[1] 'Jerk' is the rate of change of acceleration.