This month about 60 attendees from various areas of the Intelligent Transport Systems (ITS) sector created an enthusiastic audience at the ITS Australian Government Roundtable held in Canberra. The invited speakers gave insightful presentations and the key takeaway from this thought-provoking event, which was chaired by Dean Zabriezach the CEO of hmi technologies, was the importance and immense scope of the transportation revolution, that this group of professionals represented at the global level.

Sparx Systems also attended this event, during which senior government and industry representatives shared their views on the role of developing connected technology in transportation. 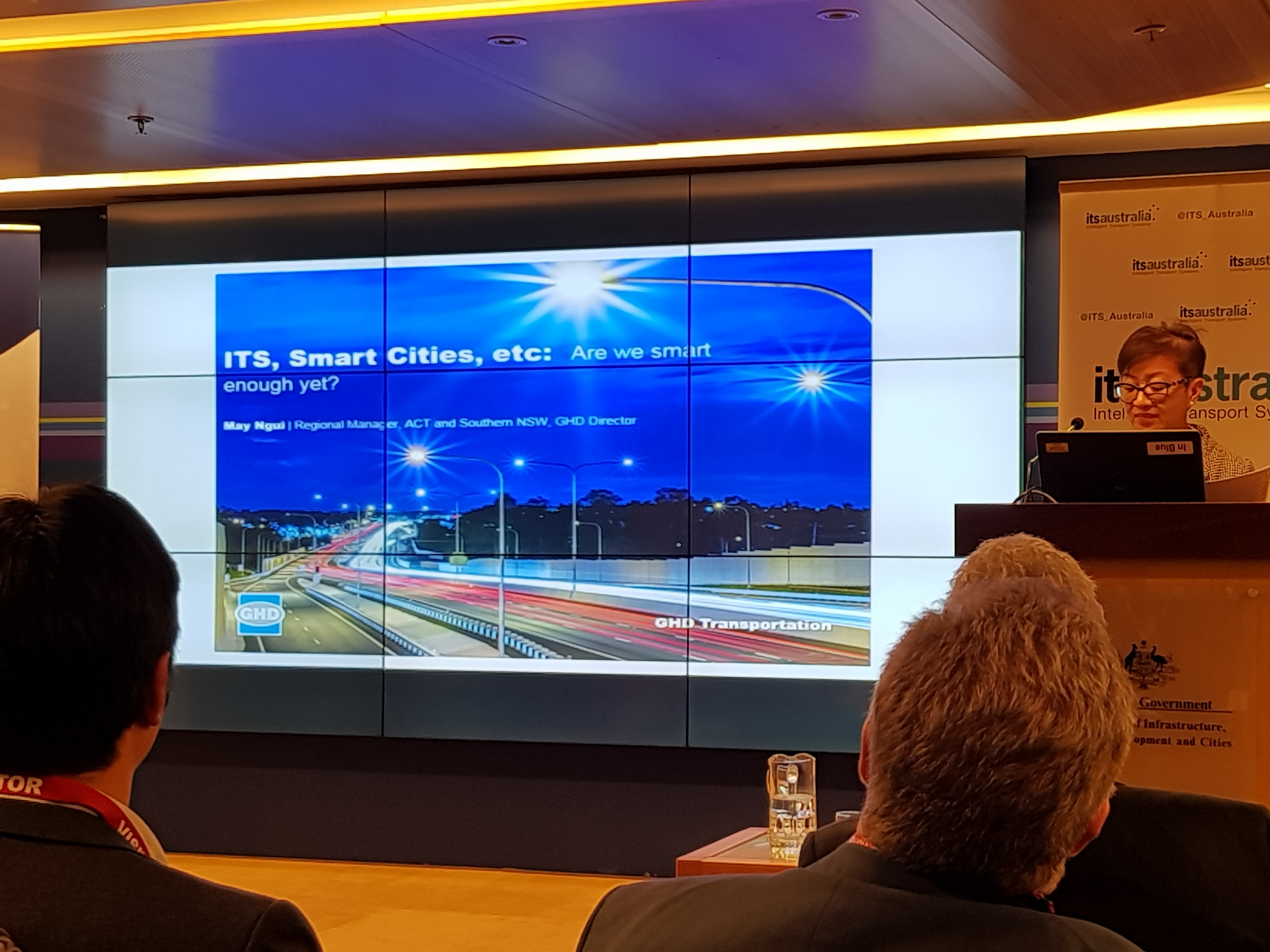 ITS
The Intelligent Transport System (ITS) a subset of the Internet of Things, is the application of sensing, analysis, control and communications technologies to ground transportation in order to improve safety, mobility and efficiency. ITS includes a wide range of applications that process and share information to ease congestion, improve traffic management, minimize environmental impact and increase the benefits of transportation to commercial users and the public in general. Sparx Systems collaborates with ISO TC/204 and CEN TC/278, the two major standards organizations building ITS standards in Europe.

ITS Australia
Intelligent Transport Systems Australia (ITS Australia) promotes the development and deployment of advanced technologies to deliver safer, more efficient and sustainable transport across all public and private modes – air, sea, road, and rail. Key activities include convening national summits and international conferences, facilitating dialogue between transport modes and across government jurisdictions, promoting research and development and the export of Australian technologies. ITS Australia is a member of the ITS Asia Pacific Region and is represented on the Asia Pacific Board of Directors. ITS Australia works closely with the three main global ITS regional communities including ITS Asia Pacific, ITS America and ITS Europe – ERTICO.

ITS and Reducing the Road Toll
In a recently published Press release from the European Commission (EC), the preliminary 2017 road safety statistics show, that for the second year in a row there was a decrease of around 2% in the number of fatalities on roads throughout Europe as manufacturers add technology to their vehicles.
During 2017 there were 25,300 fatalities on EU roads, which is 300 fewer than in 2016 and 6,200 (20%) fewer than in 2010. It is estimated that another 135 000 people were seriously injured in 2017, including a large proportion of vulnerable users: pedestrians, cyclists and motorcyclists. Besides the victims, road fatalities and injuries also affect the society as a whole, with an estimated socio-economic cost of €120 billion a year. The press release notes that “While this trend is encouraging, reaching the EU objective of halving road fatalities between 2010 and 2020 will now be very challenging.”

Australian Challenge
However, Australia faces similar challenges, according to the Department of Infrastructure, Regional Development and Cities in the National Road Safety Action Plan for 2018 – 2020 to reach a 30% reduction target in road deaths by 2020. One of the priority actions is to ensure safety across all Safe System areas is properly considered in the Transport and Infrastructure Council’s ongoing work program to prepare for connected and automated vehicles and to influence industry to apply, and if possible accelerate, new safety technologies, for example Automatic Emergency Braking (AEB), fatigue detection, distraction mitigation, vehicle control and aftermarket vehicle warning technologies.

C-ITS
As delegated under the Intelligent Transport Systems Directive, the European Commission will adopt specifications on cooperative intelligent transport systems (C-ITS) including vehicle-to-vehicle and vehicle-to-infrastructure communication in Q4 2018.

Sparx Systems Support for ITS Standards
For more than a decade, Sparx Systems has provided Enterprise Architect support for DATEX II, the data exchange standard for exchanging traffic information between traffic management centers, traffic service providers, traffic operators, and media partners.
The EC sees the DATEX II standard as preferred in several Delegated Acts supporting the ITS Directive and ITS Action. The aim of the DATEX II PSA (DATEX II Programme Support Action) organization is that in 2020 DATEX II is THE information model for road traffic and travel information in Europe. http://d2docs.ndwcloud.nu/downloads/modelv30.html