Feedback from the EAUG Paris 2015

I organised and attended the first edition of the EAUG in Paris last week. It's been a very busy, interesting and exciting day overall.

My colleague at VISEO, Yves Connetable, wrote a very good summary on what happened during this day. I translated it as follows to share it beyond the french speakers. I'm looking forward to the next edition in 2016!

The day started with a breakfast for the participants who came from all over France or abroad, from a wide range of businesses and industries. Discussions started straight away. 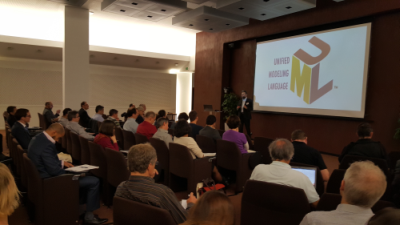 The first talk from Gregory Weinbach covered the Lean Enterprise Architecture. Gregory shared his vision i.e. a “model added-value” driven Enterprise Architecture. He showed a simple metamodel aimed at defining the target vision for a large company’s IT. The metamodel was defined in Sparx EA through an MDG Technology with UML profiles and toolboxes.

MBSE with SysML for the biomedical industry 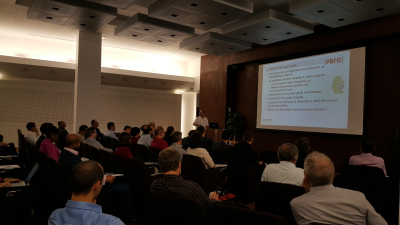 The second talk was about SysML and MBSE applied for the design of Medical Equipment. Our speakers were Pascal Roques, famous in France for his books on UML and SysML, and Dominique Travel, Chief System Architect at bioMérieux.

After an introduction on SysML and bioMérieux context, Pascal and Dominique provided explanations on the model-based method, and showed some of the diagrams done in EA. The wide range of features, an easy to use platform, and a low licensing cost contributed towards the project. Amongst the MBSE pillars i.e. language, tool, and method, the latter involved most efforts as it had to be tailored for the context. In most cases, purchasing the modelling tool licenses alongside a couple of training sessions are the only identified requirements for MBSE. EA models were used as a mean to share information, generate technical specifications, and improve communication between system and software teams.

Case Study on TOGAF ADM and ArchiMate with BEASI add-in 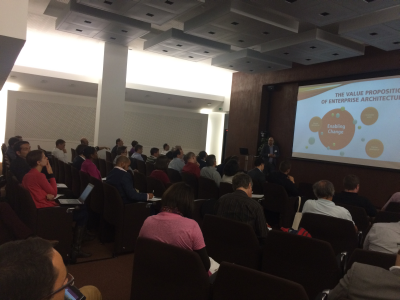 The next presentation was given by Tobias Ivarsson from Biner, based in Sweden. Tobias talked about an Enterprise Architecture project run for a large company in the Automotive Industry. Biner created BEASI, an add-in aimed at simplifying the use of TOGAF and Archimate in Sparx EA. BEASI provides a predefined structure of models, a Gap Analysis tool between baseline and target models, and an advanced relationships matrix. Gaps generated by BEASI are organized by work packages and used to define Transition Architectures; both views made it possible to create the roadmap.

The project delivered the target vision of the Procurement area and the associated roadmap. The combined use of EA and BEASI greatly simplified the deployment of TOGAF and Archimate. 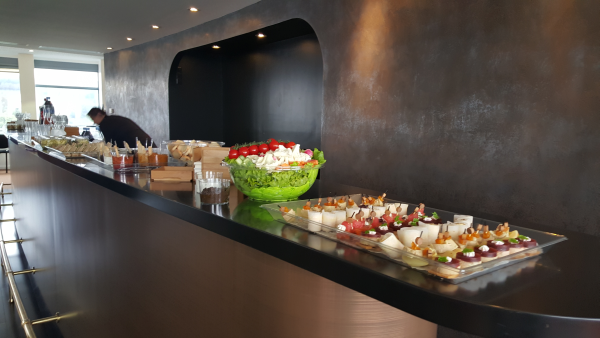 Lunchtime was an opportunity to enjoy a French buffet, spend time with other participants, share opinions, and follow onsite demonstrations. I shared the features of the Requester add-in from VISEO, which is due to be released soon. Ian and Jackie Mitchell ran demos and answered queries on their eaDocX Word and Excel generator for Sparx EA. Lars Lungren from Biner provided information on their TOGAF/Archimate BEASI add'in.

The surrounding view in Paris let us enjoy the famous Tower which gave its name to an object-oriented programming language based on the design by contract, and the command-query separation. This lunch break over, back to the afternoon presentations. 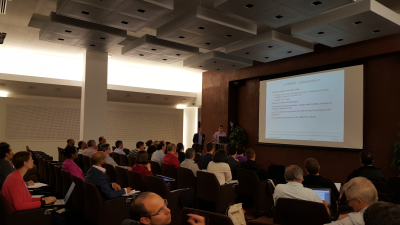 It started with a franco-belgian presentation on the model-driven and code generation approach led by Albert Janssens and Michel Gibelli from the French “Ministère de l’écologie, du développement durable et de l’énergie”. They started by providing some explanations on their Khephren approach and Kamon notation. Albert then talked about extending EA with the use of UML profiles and MDG Technologies.

Examples of diagrams created for the UI and business rules were illustrated. Models were exported to XMI so they could be used in the Acceleo code generation tool. Hence, most of the new applications were generated directly from the EA models. 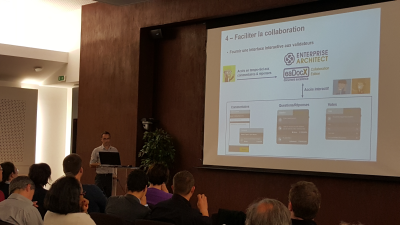 Following the code generation came the documentation generation, and more precisely a demonstration of eaDocX Collaboration Edition aimed at simplifying the model validation process from the generated documents. Guillaume Finance went through the principles of the “Agile Documentation”, followed by a demonstration. eaDocX Collaboration Edition exports to a web server an online and interactive version of the documents generated by eaDocX from the models. This web server embeds a workflow process that lets reviewers and approvers interact on the content via comments and answers which feed directly in the EA project database. Guillaume then illustrated the collaboration between users by using both his PC browser and an iPad.

eaDocX Collaboration Edition provides a unique way to achieve efficiency in the process of validating models and specification documents. A reviewer no longer has to comment or approve a model directly in EA or from a generated Word document; instead the content can be accessed and annotated from anywhere via a url generated by eaDocX. Comments and answers are stored in the EA project and shared with other peers. Once everyone has submitted their feedback, agreed with others via comments threads, consolidating this information in the models is greatly simplified as the author is given a direct access in EA to the context for each comment, e.g. a diagram, class, attribute, requirement… This approach can really ease the access to the models for everyone in the organization!

After another break, the next presentation covered a new EA12 feature, the Schema Composer.

Rodrigo Nascimento demonstrated how to generate XSD and WSDL files from enterprise entities defined in a UML Class diagram. Compared with the previous XSD export, the Schema Composer greatly improved the generation e.g. making it possible to select attributes and references to include. A few remaining issues in EA have been overcome with an add-in that Rodrigo implemented and plan to publish soon on his blog connection.rnascimento.com.

A new feature to look at!

The last presentation was based on Enterprise Architecture case studies with PMU and Orange. In both cases a metamodel has been defined in an MDG Technology . Guillaume Miard highlighted some of Sparx EA strengths i.e. its high customization level, the relationships matrix, and traceability.

His presentation led to several questions on carrying Enterprise Architecture with EA in large organizations. A passionate debate quickly following on whether one should define a tailored metamodel or use standards such as BPMN, Archimate, and TOGAF. Some pointed out the flexibility from the first option, whilst others argued in favour of the standards based on sustainability and integration with the tools available on the market.

A success for the first go

Reaching the end of day, participants provided a positive feedback from their attendance at this first edition of the EAUG in France. Everyone agreed on the quality of the talks. Some would have liked to see more practical tips with EA, some more theory. We will take everyone’s feedback into account for the next 2016 edition to make it even more useful and beneficial. Until then, keep on modelling!

We invite everyone to register on the www.eausergroup.com website. It provides notifications on future EAUG events, and lets those who attended the event download the presentations slides.

Note: an additional post on this event has been written by Ian from eaDocX, available here.